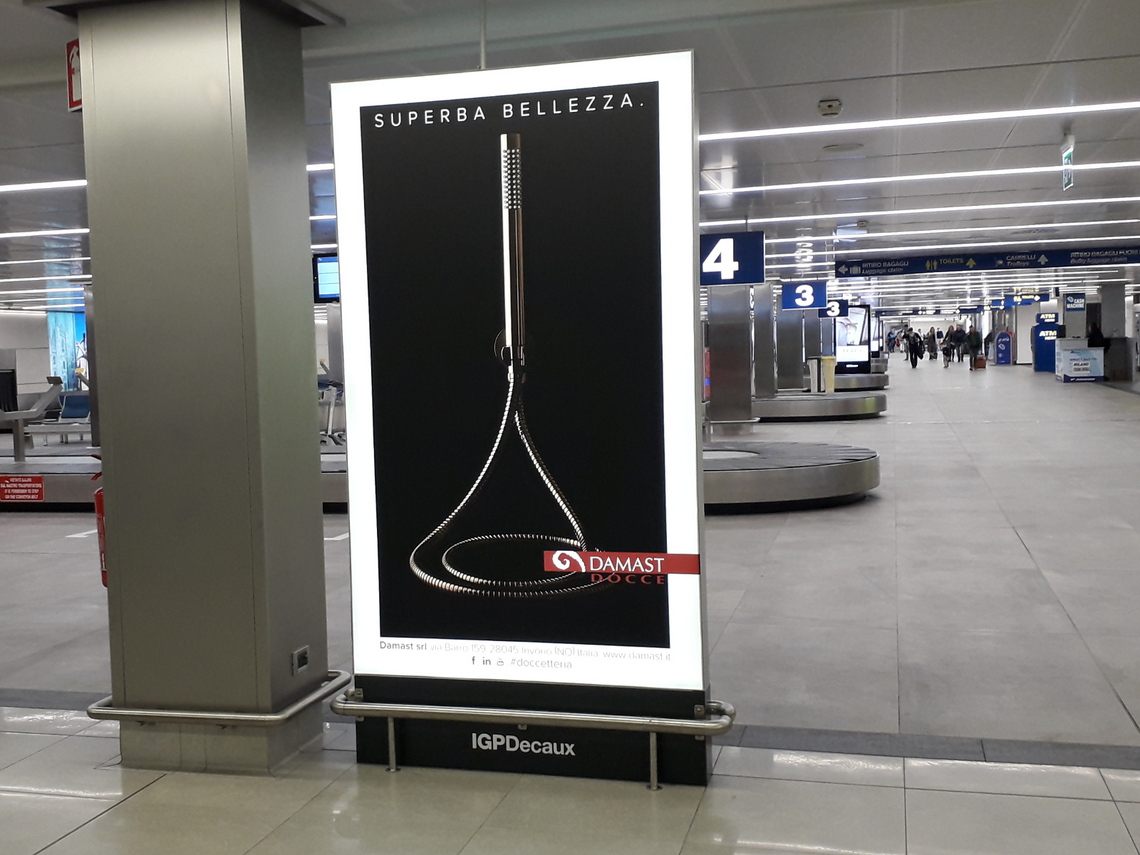 The “superb beauty” of the #doccetteria Damast is the protagonist of a dedicated campaign, active at Milan Linate airport throughout the month of April. The Milanese airport, a reference point for international departures and arrivals and a crossroads for thousands of visitors every day, welcomes some of the company’s most significant proposals, presenting them on interactive panels placed at the departure gates and in the spaces dedicated to arrivals and baggage claim.

To stand out on the large format, on an essential black background, the new claim “Superb Beauty” that the company has chosen to characterize its offer, accompanied by two evocative images of Damate products: the “Elegance Shower Kit” consisting of a round shower head with wall shower arm, mixer tap with built-in diverter and hand shower, and the “Planet” single-jet anti-limescale hand shower, both available in the brass version in rose gold finish.

Solutions that – thanks to their versatility and soft and rounded lines – are able to adapt to the style of bathrooms “all over the world”. From the simplest to the most traditional, to the richest, to the modern and minimal ones, the Damast #doccetteria continues its awareness campaign also towards the international public, to promote the shower as a moment of absolute well-being and at the same time attentive to the environment and water saving.

A campaign that aims to present the company by “letting the products speak” in a clear and intuitive way and addressing those interlocutors who have made Milan, the capital of design, their point of arrival and departure towards the world.

After the Salone del Mobile – which in April saw thousands of visitors pass through the airport – the Easter holidays and holidays will now host the international public. And Damast will be ready to welcome him. 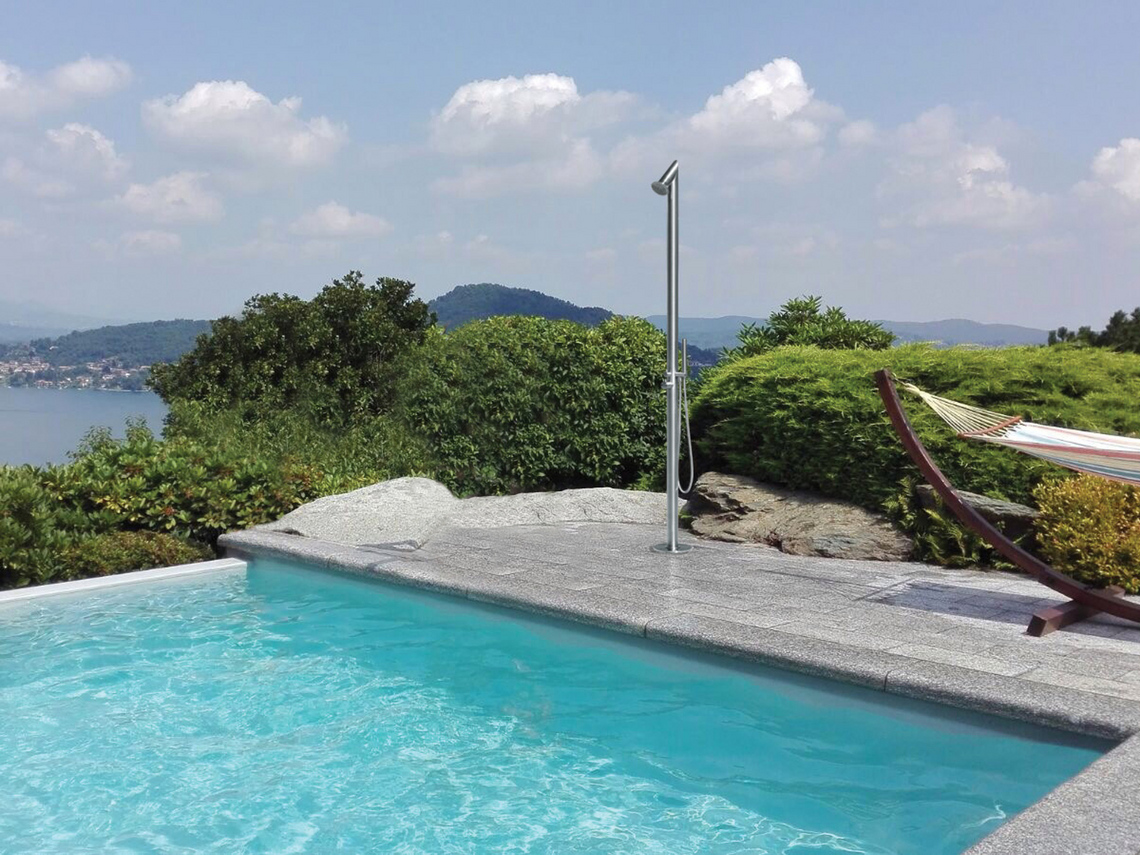